The other day, I came across a 1997 video of a young Jeff Bezos describing how he came up with the idea for Amazon.com. After watching, I couldn’t help but wonder what a missed opportunity this was for the library community. This is especially the case in hindsight, given how precarious the funding situation is for many libraries around the country. I began to reflect on all of the developments that we’ve branded as “innovation” within the library community since the dawn of library technology, and whether these were rather mistaken forms of “iteration”. (e.g. copying the card catalog system and putting it online. Innovation, or iteration?), which begs the question:

Is it possible to innovate on something that you are so close to each day?

Take Jeff Bezos for example. He’s not a librarian and he’s never run a book store. He was an engineer and computer scientist working in finance, who saw a new technology and applied it to a space it hadn’t yet been applied. As my colleague Roger Schonfeld stated on this topic, “Amazing what it gets you not to be tied to a pre-existing institution.”

Iterating in 2012 with Alma

Having worked for two of the leading technology vendors in our community, I have a pretty good understanding of how developments are made, such as “next-generation ILS” – a term I coined in a Newton, Massachusetts conference room while at Ex Libris.

I remember like yesterday a brainstorming meeting with our president when designing a campaign to introduce the “unified resource management” framework to over 1,500 legacy ILS customers in North America. That term, “URM”, which was shared with us from our Israeli headquarters, not only failed the basic word of mouth sniff test (could you imagine telling a friend about that new URM system you saw?), but also the “unified” modifier wasn’t exactly true.

Despite having personal pride in being involved in this, I’m not comfortable describing this as “innovation”. The URM framework was a logical evolution of the previous development: the e-resource management system, which naturally evolved from its predecessor, integrated library systems for print collections.

Iterating in 2017 with FOLIO

Fast forward five years during my tenure at EBSCO, I was in a meeting between our executives and the Open Library Environment (OLE) board members, discussing an update on a partnership that would eventually become the project known as FOLIO (Future of Libraries is Open). While this project is taking different approaches than simply carbon copying the integrated library system, and is therefore a bit further along the iteration/innovation spectrum, it still isn’t fundamentally changing the way libraries do business in the way that Amazon did for bookstores.

(Sidenote: The other day it was surreal to see a term I coined presented to congress, when Carla Hayden spoke during their Hearing on Modernizing LC last week, describing their “next-gen ILS” implementation. Proud moment for sure.)

So, where does innovation come from?

This past Labor Day, my wife and I decided to trade our September Louisiana humidity for some of Chicago’s lakefront breeze. She saw that the Museum of Contemporary Art (MCA) had a one-time exhibit for Virgil Abloh (of Serena Williams fame) called “Figures of Speech”.

Being raised by urban fashion, music and culture like Abloh, I was curious to learn about his path to becoming the first Black designer to lead a unit at Louis Vuitton, and one of the handful who lead a Parisian fashion house overall. Throughout the exhibit, we were treated by the irony in his work, which views American advertising and fashion staples through a Black lens.

Take for example this signage, which captures a sentiment I have on a regular basis when walking into a conference, meeting, or even participating in a conversation on Twitter among information professionals. Abloh demonstrated that it’s not only expected, but that it’s only the first step in a journey towards making a difference.

Despite not being invited to the fashion industry, Abloh saw an opportunity to innovate on tradition, using his platform to create a more inclusive fashion industry. He did so not by carbon copying what designers before him produced, but rather bringing his unique contributions to the conversation.

This also reminds me of Jeff Bezos, who didn’t look to librarians or book store owners for validation, but had a vision for what’s possible without being tainted by limitations of the past.

How I’m applying this to librarianship

The funny thing about vacations when you’re building something new is that all roads lead back to what you’re building. So in my futile attempt to “take some time off from work”, I had an epiphany of why someone like me, with no library degree, or librarianship in my family, developed such an affinity for the profession.

After working with librarians for the past 10 years, I’m convinced that change in the industry won’t come from within. This isn’t a critique on information professionals, but a mere observation that anyone too close to their problems isn’t able to see the forest through the trees. I believe I’ve grown an affinity for this profession for a reason, and finally realize that not having an MLIS or a PhD doesn’t make me an imposter.

My life and career experiences, combined with unexpected sources of inspiration such as artists like Abloh, or how my kids use the same legos to build something different literally everyday, has produced a unique vision for how to help prepare the profession for the next decade and beyond. 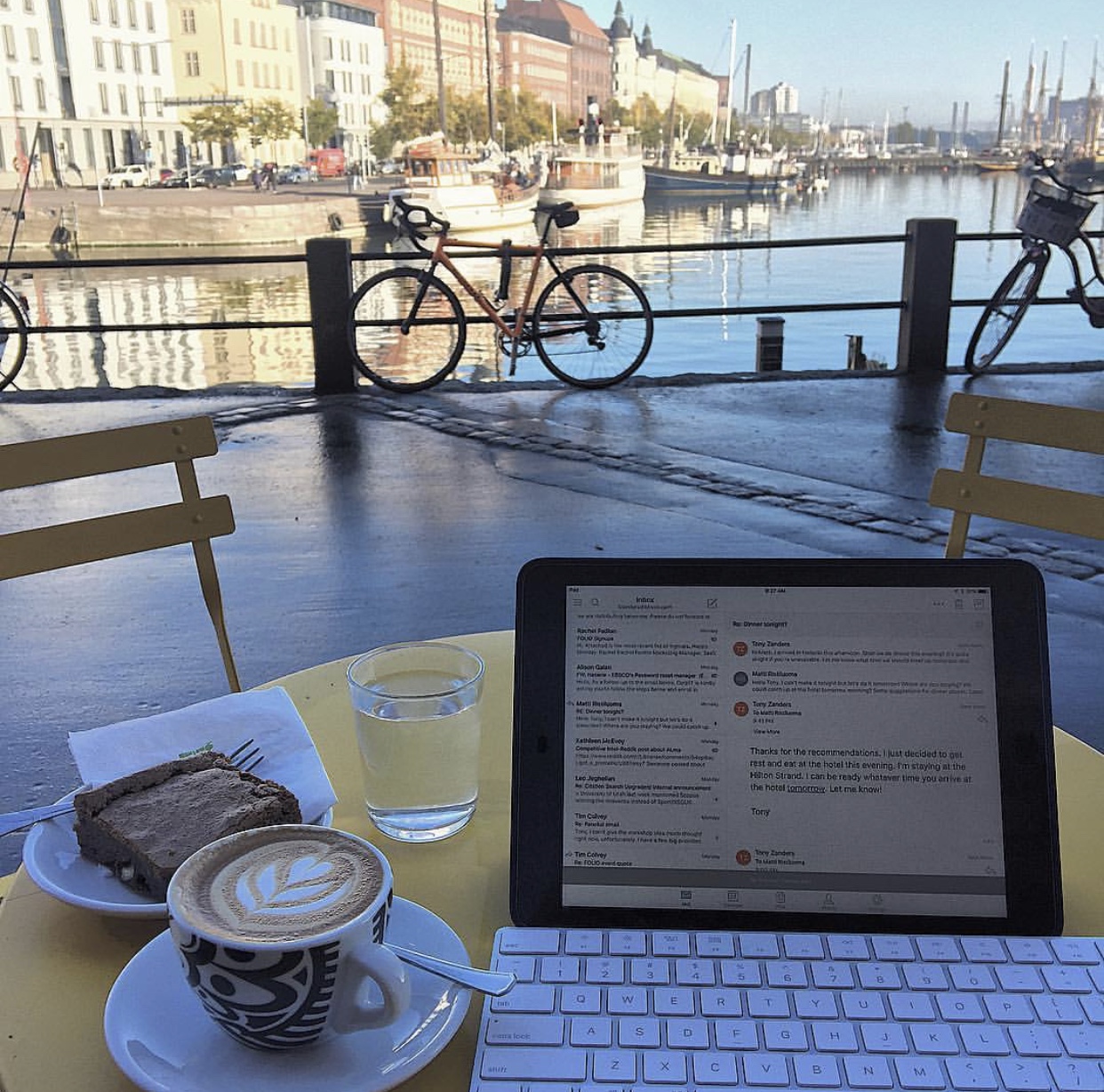