The Black community has a unique victimhood with regard to property. From General Williams Tecumseh Sherman’s false promises of 40 acres and a mule, to selective federal aid for immigrants and non-Blacks after slavery, all the way through the passing of the civil rights act, through redlining and more, America has never wanted Blacks to attain the most well understood vehicle to create and transfer wealth over the generations.

Fast forward to 2008, seven years before I was in the financial position to own property or my parents were in a position to give me a down payment to, I owned a web property. tonyzanders.com was available, and I spent $9.99 to purchase it. While it was only worth $10, something about owning something that could create wealth felt priceless.

Like a piece of physical property, I began to fix it up with ideas, files, links, pictures. I was excited to express myself on my own terms and left most of my content public. But back when this journey first began, I had no idea where to even start.

Studying Philosophy and English in undergrad, I wasn’t exposed to CS or software development until I went to a conference in San Francisco at the Pier called Wordcamp.

I sat a few feet away from Matt Mullenweg (Founder of WordPress), Tim Ferris, and others, getting inspired about their vision for the future of the web. The conference had two tracks: one for bloggers and one for developers. Attending the blogging track had a strong resonance with all of my coursework as a writer – not just as a space to get thoughts out, but also as a place to host, organize, secure and share files with the right audiences at the right time.

The most exciting aspect was the chance to build community and connect with other researchers and enthusiasts who were using blogs to talk about the Harlem Renaissance, Race Theory, and other topics in longer than 140 characters. This track also introduced me to the importance of data ownership & portability – something that Facebook Notes didn’t offer.

I also learned that I needed to find someone to set up my site for me if I wanted to have this ownership. I came across a company called Dreamhost was running a hosting special that gave me 5 years of hosting for pennies on the dollar. They also had a one-click install product to get my WordPress blog up same day.

Fast forward 10 years, I now realize that thanks to WordPress and Dreamhost, the dozen or so web properties I managed were a financial asset to me in the same way that a physical property is. While a bank won’t recognize it, I see the causal relationship between me having a space to teach myself HTML, CSS, web hosting and more (during a time when so many people wanted to express themselves without knowing how to) and the wealth I’ve been able to make for myself and my family.

Studying liberal arts in college, and graduating right before the downturn in 2008 meant that I had to rely on skills to create a good quality of life, not the proxy of a degree or credential. Owning a web property gave me the opportunity and confidence to do this.

While I still believe in land as the primary vehicle for wealth creation and generational transfer, new schools like Lambda School and Rooted School, and programs like Code2040, /Dev/Color and Black Girls Code, create access and opportunities to the skills needed to learn how to “farm” the proverbial land in a digital economy.

As a founding board member at Rooted School, we’ve been working for five years to have our graduates finish with a college admissions letter in one hand, and a job offer letter in the other. Through this work I teach Black and brown high schoolers in New Orleans all the time the difference between consuming and creating content, and the difference between creating wealth for yourself versus someone else.

We introduce them to the next wave of creation and expression led by Webflow, Glitch, Gumroad and others, to demonstrate that regardless of your level of technical expertise, you can be a creator. This accessibility lowers the barrier to entry into financial freedom for people who have the intangibles needed to do great work, but lack the technical exposure and training.

It’s in this context that I say that the web is a great equalizer, because once exposed to the power of the creative power of the web, oppressed people have the capacity for a far deeper appreciation for its openness, purity, and flexibility than the ruling class.

So hats off to the next generation of tools, programs, companies, and founders that work to level the playing field. Maybe there’s a world where we can not only learn new skills to create wealth for ourselves and our communities, but we can also put that wealth back into investment instruments like Otis, and “banks” like Cash App will consider web presence and influence as an indicator of creditworthiness. 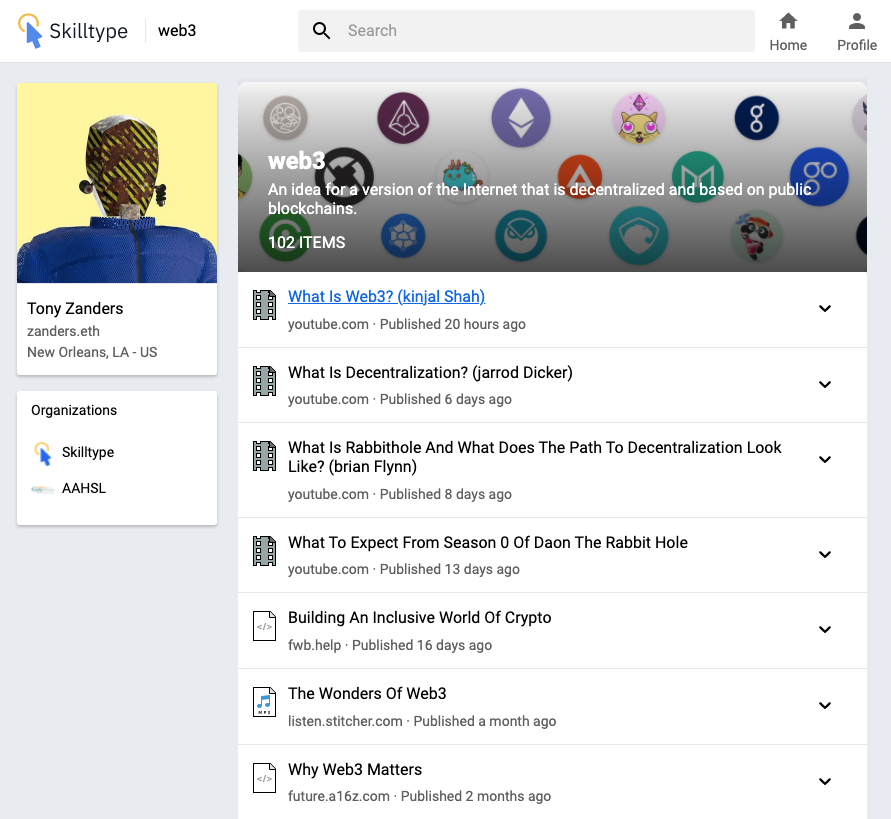 Web3 and Libraries: Obstacles and Opportunities